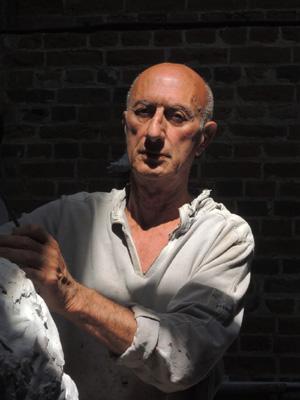 2006 - "British Art: A Walk Round the Rusty Pier" by Julian Freeman, published by Southbank Publishing UK

2020
'Belsen Our Story' A film documentary by Atlantic Productions. Commissioned by the BBC and featuring the testimony of six survivors of Belsen Concentration Camp, now living in the UK. First broadcast 28th January 2020.

2019
'Last Survivors' A film documentary by Minnow Films, commissioned by the BBC. First broadcast in January 2019.

2016
Hollow Dog A film documentary by independent film-maker, Clive A Martin (YaMedia), portraying the life and work of Maurice Blik.

2007
'Second Breath' An audiovisual film/performance portrait of the artist and his work. World Premiere at the ICA, London. Directed by Gillian Lacey. Music by Alex Balanescu. Animation by Gemma Carrington.

1998
'The Art of Remembering' BBC2 TV documentary on memorials and monumental sculpture. Written and presented by Sandy Stoddart, produced and directed by Tim Robinson

"Blik's creativity has been both prodigious and profoundly moving. His huge bronze figures typically emerge from black metallic masses like butterflies from cocoons and stretch upwards, their fingers often just touching some mysterious shining object above them. You don't have to be an art critic to grasp the metaphor. This might be the artist emerging from his dark past. Or perhaps it is the indomitable human spirit rising from apparent devastation to reach for the beauty that will not be crushed."


"Maurice Blik's sculpture expresses the intensity of feeling we experience when engulfed by life's great forces. He works with a courage and sensitivity that reflects his extraordinary journey through life, the integrity of his art reinforced by his own history.

The profound emotion he communicates in these bronze forms, their energy and tensions, are the result of a very direct creative process. He uses the clay to draw out his internal imagery, much of which arises from indelible early memories, whose meaning has been amplified through the years.

His vision is of the fragile nature of life, yet within this fragility he explores the human qualities of endurance and dignity. The themes of emerging hope and a belief in the future are as strong in his sculpture as are the symbols of remembrance."


"He is an absolute pleasure to work with, inspirational, fearless, sensitive and above all, professional. He is an artist with integrity. Maurice Blik has kept his vision with single-minded focus; in my mind one of the best living figurative sculptors this country. There is not a project he can't undertake in any part of the world, on any scale."